Here to serve you and fulfill God’s vision for our ministry. 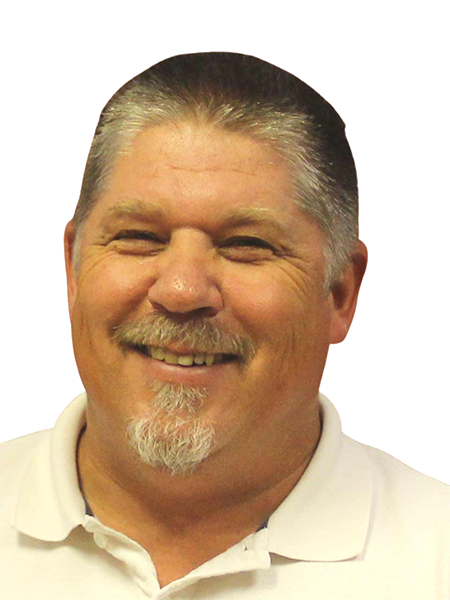 Dean serves as the Executive Director of Set Free Ministries.  He meets individually with people in crisis and guides them in the truth of Scripture.  Dean also speaks on behalf of the organization in a teaching ministry to share God’s wisdom revealed through Freedom Ministry.

Dean  is married to his beloved wife Sharie, they have 6 daughters, 4 son in laws, and 10 grand children.  Dean ran a business called Action Packaging for 23 years before changing careers to ministry.  Dean enjoys spending time with family, and is an avid sportsman who loves to hunt and fish and spend time at “ Deer Camp” in the UP of Michigan. 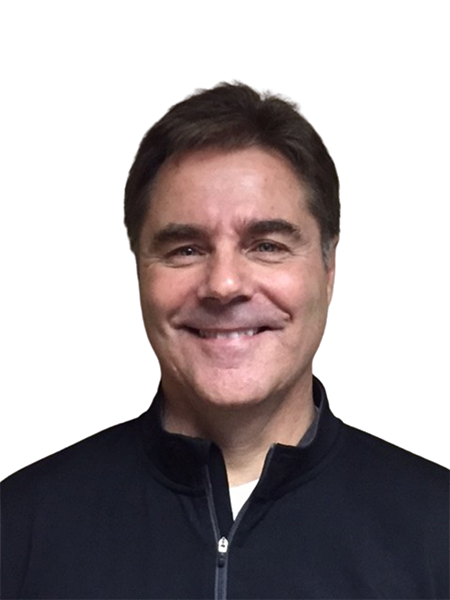 Glenn uses his executive experience from the business world to serve as a board member, Director of Domestic Ministry, and mentor at Set Free. Glenn volunteers his time to guide the direction of Set Free in domestic and regularly participates in individual ministry and Freedom Appointments. Glenn and his wife are both deeply involved at Set Free and other ministries to help the hurting find Christ. 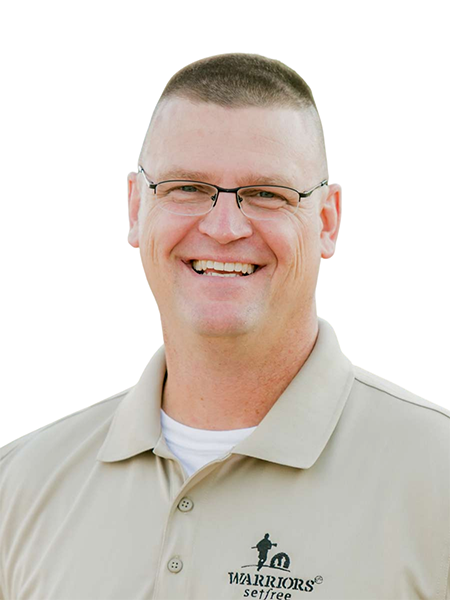 Steve is the director of Warriors Set Free. He served 25 years in the US Army and works specifically with Veterans and family members of Vets. Warriors Set Free was started in 2014 out of the need to help Veterans. Steve is married with two college aged children and enjoys hunting, hiking, shooting and all things outdoors. 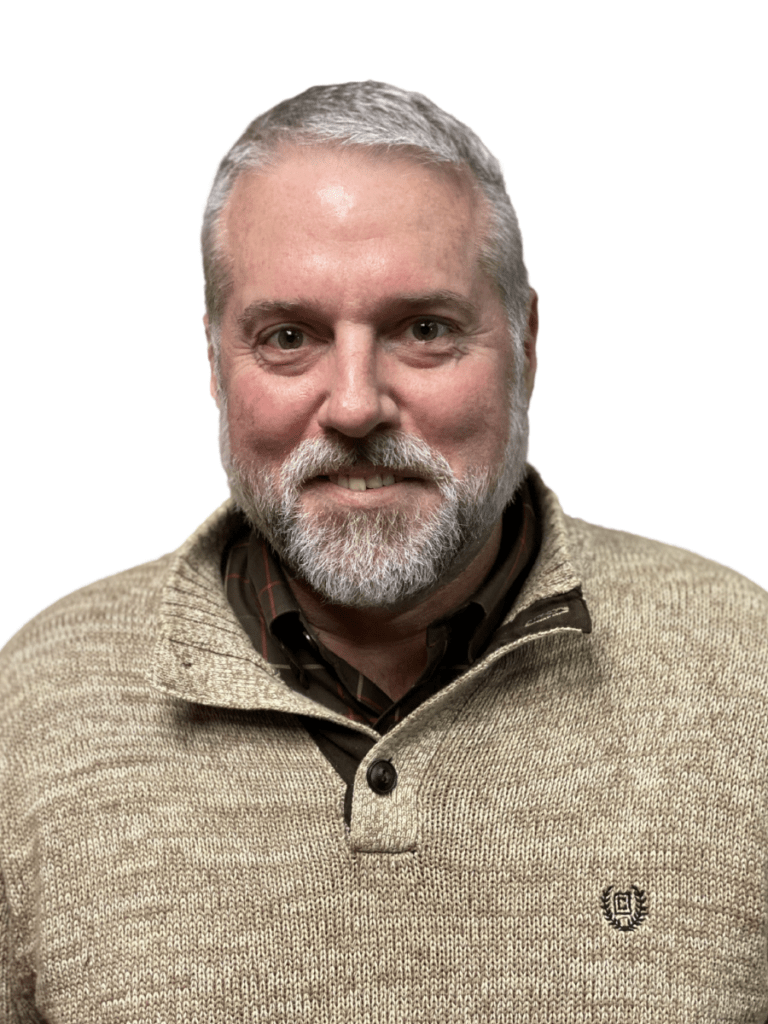 Dave McIntyre serves as the Director of International Ministries at Set Free.  He started his career as a Christian schoolteacher before surrendering to the call to missions in Belo Horizonte, Brazil.  From 1999 to 2012, he served there as a church planter.  He also founded the Per Ardua Wilderness ministry, which used wilderness survival training as a springboard for leadership and spiritual development.

In 2015 Dave was one of ten contestants on season two of the History Channels hit survival series Alone.  After 66 days of living off the land in the wilderness of Vancouver Island, British Columbia, his daughter surprised him in camp to tell him he won.

Dave is thrilled with his new position at Set Free, where he can put his years of experience in Christian education and missions to work in our ongoing ministries in Uganda, India, and the Dominican Republic. 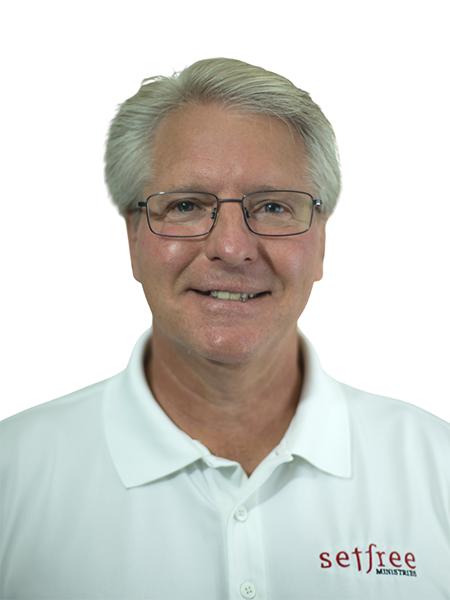 As one who has been helped by Set Free Ministries himself, Pete now works to raise awareness through his many connections to how the Truth, Jesus Christ, brings hope and healing through the ministry of SFM. Pete raises funds to support this life-changing ministry and looks to establish partnerships with organizations and individuals who embrace a Biblical worldview toward helping the hurting. Pete also enjoys working with inmates at Kent County jail through SFM’s partnership with Forgotten Man Ministries. 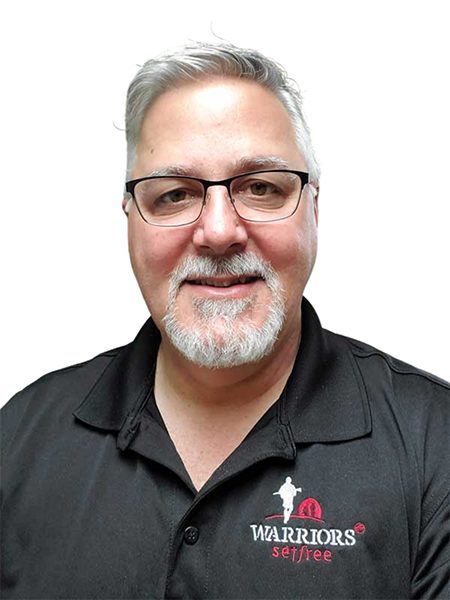 Wayne is the Director of  Communications for Set Free Ministries (Domestic, Global, and Warriors Set Free). He retired from the US Air Force in 2003, after serving 23 years on active duty. Once retired, he went back to graduate and post-graduate school for a career in business and education. He left his position at Grace Christian University as Chair of the School of Business to join the SFM Staff. As a Professor of Business, Wayne has taught for numerous universities over the past 12 years in areas of business, communication, and IT. He’s had the pleasure of serving in ministry on the front-lines and has served as a board member here in West Michigan.

Wayne is married with two children still in the home. He enjoys most outdoor activities but is most excited about shooting sports and big game hunting. In his spare time, Wayne teaches self-defense and security team training. He’s active in men’s ministry at his home church and here at SFM (Warriors Set Free, The Road, Conquerors Series, and Reboot: Combat Recovery). 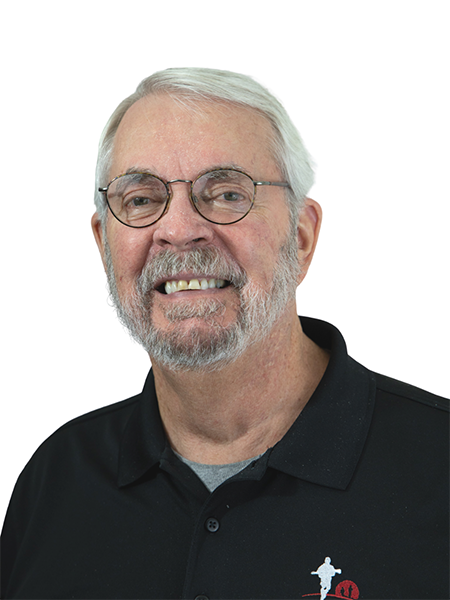 In 1995, PJ founded Set Free Ministries (SFM), becoming its first director. SFM’s first office was in the old back office at Friendship Church. Since their return from the mission field, PJ had been serving as an Associate Pastor at Friendship, which was a volunteer position due to his involvement in other full-time ministry, he requested Friendship to give spiritual oversight to this new ministry. SFM is now an international ministry with offices in India and East Africa.

In 2011 PJ was asked by Set Free Ministries to return to the ministry as Director of International Ministries, coordinating growing ministries in East Africa and Mizoram, India. He retired at the end of 2016 but was called back in April of 2019…and is retired as of October 31, 2020.

Dr. Stam now serves in a training and advisory roll to the International Ministry staff. 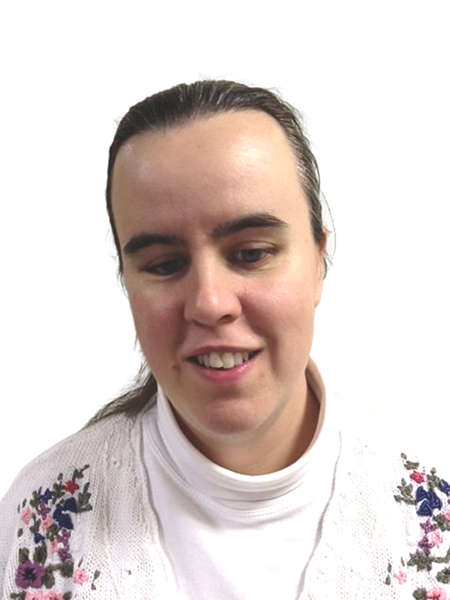 As Administrative Assistant, Christina Oakes answers phone calls, and makes courtesy calls letting people know when their Freedom Applications have arrived, as well as reminding them of their upcoming freedom appointments. In her role as Prayer Coordinator, she corresponds with the SFM international offices in Africa and India for both sharing and receiving praises and prayer requests. She also writes “Spiritual Vitamins!,” a weekly devotional and prayer list for SFM staff, volunteers, and prayer partners. Christina is also involved in her local congregation as one of the worship leaders, Bible study facilitator, and cantor. 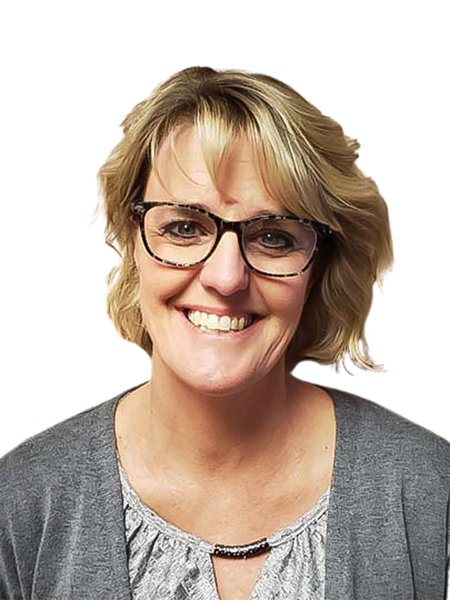 Jodi serves under the title of Ministry Coordinator, but also does many other things around the office when needed.  Her desire is to serve wherever God leads and sometimes that is in coffee making and sometimes it is in sitting with the hurting as they find healing in Jesus.

Jodi has been married for over 25 years and they have 4 kids.  They are very close as a family and like to go camping and boating together in the summer, and they do a lot of hunting in the winter months.
Her thought on working at Set Free, “Being a part of someone’s healing journey is a blessing for me.  Watching the Holy Spirit work in the hearts and lives of people is humbling and reveals just how deep and wide our Savior’s love is for each of us individually.  It is pretty amazing.” 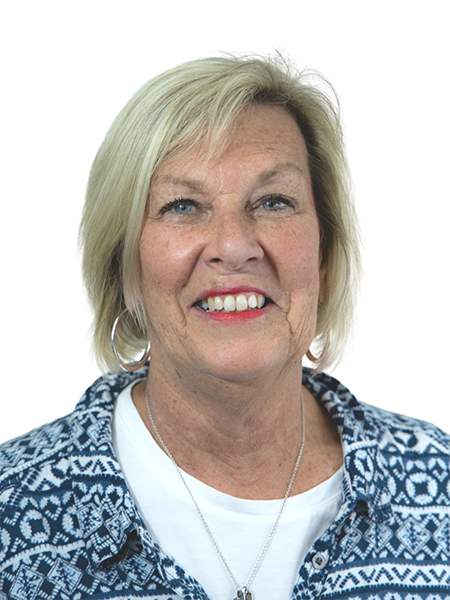 Nora serves as part of the Domestic Ministry Team. She is the primary scheduler for Freedom Appointments. Nora is responsible for coordinating volunteer teams to meet with the ministry recipient. Her love for others and her desire to see that everyone has a seat at the table is just part of who she is at Set Free.

She is a retired teacher, and says that “she is excited and grateful to be a part of the Set Free Ministry Team.” 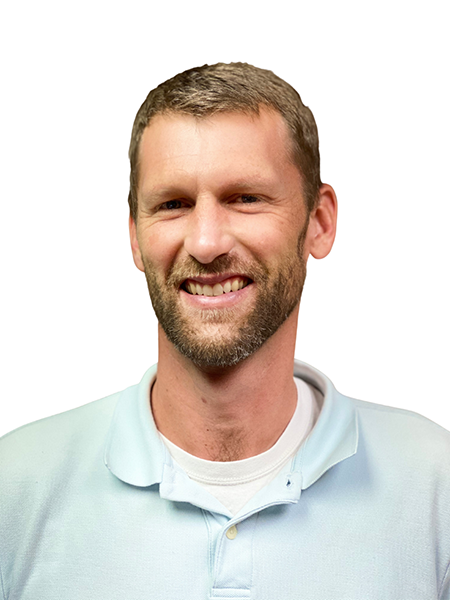 Ben Benting has been a Set Free volunteer for about 12 years. He works in the accounting department at SFM, and enjoys participating in freedom appointments on a regular basis. “There is nothing quite like seeing a captive’s eyes opened to the power and truth of God’s word for the first time. The shackles that have been holding them for so long come off, and a whole new person is born.”

Ben has been married to his wife Erica for 20 years and is the father to 2 energetic boys, and 6 beautiful girls, ages 18 and under. He also serves as an elder at Body of Believers Community in Dutton. 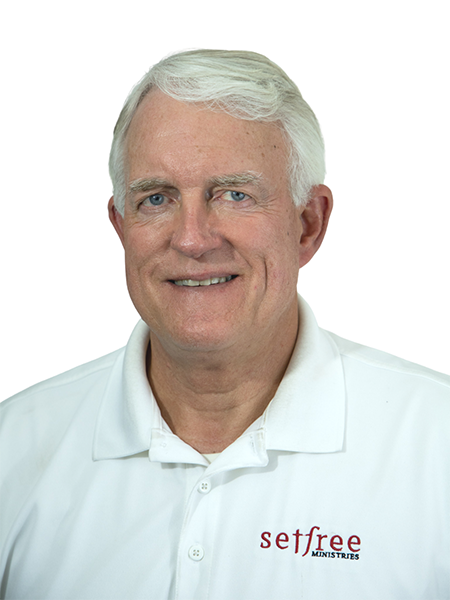 Jim Faber has been with Set Free Ministries since 2018. He has one of the hardest jobs at SFM. Yes, connecting the ministry with others who have a desire to pour into the lives of others. Jim was struck with leukemia in 2013.  Wow, what an eye opener that was for Jim. Today, Jim has been fully-healed and since that time graciously allowed him to work for Him at Set Free Ministries. For Jim, it is all about Jesus, and he’s operating under completely new management! “(see 1 John 2:15-17, and you’ll understand). My new identity as “a child of God” is life changing!”

Jim has lived in Byron Center for 32 years with his wife, Lori. They’ve raised three children and now have seven grandchildren. 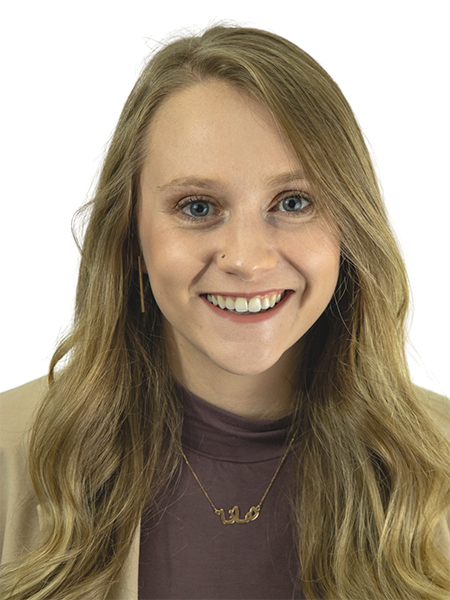 Hannah serves as the Child Sponsorship Coordinator of Set Free Ministries. In her role, she organizes and maintains the children’s profiles on the website, stays in contact with the East Africa team as well as sponsorship supporters, and advocates for the children globally. Since her trip to South Sudan Africa at age 11, Hannah has had a passion to be the voice for the voiceless and obey God’s command to look after orphans.

Hannah is married to her husband Stephen. She graduated from Davenport University with a BBA in Marketing. If she is not working at Set Free, Hannah is running her portrait photography business on the side. She enjoys spending time with family, traveling across the country and internationally, reading a good book, and spending time in the great outdoors.